I'm the girl who always in the clouds, always a day dreamers. I love to read so I consider myself a book monster. I consume books like cupcakes. They're my oxygen. Besides reading I like languages, writing, drawing, acting, hanging out with friends, and watching movies.
2 BOOKS 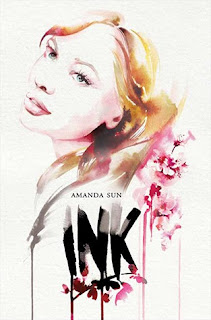 On the heels of a family tragedy, the last thing Katie Greene wants to do is move halfway across the world. Stuck with her aunt in Shizuoka, Japan, Katie feels lost. Alone. She doesn’t know the language, she can barely hold a pair of chopsticks, and she can’t seem to get the hang of taking her shoes off whenever she enters a building. Then there’s gorgeous but aloof Tomohiro, star of the school’s kendo team. How did he really get the scar on his arm? Katie isn’t prepared for the answer. But when she sees the things he draws start moving, there’s no denying the truth: Tomo has a connection to the ancient gods of Japan, and being near Katie is causing his abilities to spiral out of control. If the wrong people notice, they'll both be targets. Katie never wanted to move to Japan—now she may not make it out of the country alive.

After the death of her mom Katie Greene moves to Japan to live with her Aunt Diane who is a English teacher. All Katie wants is to go live with her Grandparents in Canada and escape Japan. However, all chances of returning to normalcy vanishes when she witnesses Yuuto Tomohiro break up with his girlfriend and sees one of his drawings moves.

Ink is Amanda Sun's debut novel and a start to a new series called the 'Paper Gods'. It was an amazing book and I highly recommend it. The author steps out of a North American/or fictional setting and takes reader to a whole new country, writes about it culture, foods and the hardship Katie faces with language barriers and cultural differences. Readers are able to leave there comfort zone and embrace something new. I cannot think of one other book that focuses on someone from North America going to Japan.

This paranormal-romance debut is unlike others in that Amanda Sun has skipped the norm (vampires, werewolves etc;) and brought to light Japanese mythology which I haven't seen present before in recent YA novels. This makes Ink stand out from others recently released in that genre.

The book is fast paste and easy to understand. There is a Japanese glossary in the back to translate the Japanese words.

The plot is well done and flows nicely throughout the book. However, I felt that there could of been more action involved.

Characters:
YA needs more asian boys :D Man...Tohomohiro is so sexy. Ever since I found out this novel was being released, thanks to Goodreads, I had been patiently awaiting it release date because a) I am moving to Japan this fall for University and b) sexy asian boy as the main love interest ^_^

Katie: Katie is very much a brave, determined, curious and headstrong character. She is the type that runs towards danger without thinking it through. Also given with all her hardships (mother death, moving to foreign country, learning a new language) she does pretty well and does not give up. I did not find myself, as a reader, annoyed with Katie at all. I personally envied her and found her quite enjoyable as a protagonist. However, during the Love Hotel scene I wanted to shake her and say "connect the dots".

Tomohiro: ^_^ He has got the whole "I'm in pain", bad-boy, confident and modest thing going on and I liked it. I really felt a lot of sympathy towards his character and there were times when I wanted to hug him, shake him and say 'your awesome' and then there were moments when I wanted to beat the crap out of him. However, Tomohiro always puts others above himself and that is enviable quality. However, I think he needs to be a bit more selfish and realize he is super awesome.

Also bonus...my best friend (she is japanese) is in a relationship with a guy and for the life of me I could never remember his name. However, thanks to Ink I can since the first part of his, first name, is Tomo :D

Jun: I am conflicted at who I like more...Jun or Tomohiro.

Yuki, Tanaka, Diane: the side characters were the best. Yuki and Tanaka cracked me up. Diane tries so hard to make Katie fit into her life in Japan. She also pushes Katie to cross new boundaries (learn a new language) and helps Katie develop  into a better person :D

Yakuza: I hope we learn more about them in the next book ^_^

This a paperback book...and it has the most awesome artwork both on the cover and inside the book. Readers will be delighted to find flip art ^_^ I really wanted there to be more of that and hope the second book will have it as well.

I am actually excited to see what the second book will look like.

Also the book contains Q&A with the artists, the author , discussion questions and a sneak peak at Book #2. BTW when is book #2 coming out. I do not think I can wait a whole year haha !!

This is definitely a book that everyone should be on the lookout for. I finished this a week ago and I am still replaying it in my head.

The Author gets points for bringing something new to the paranormal romance genre, stepping outside of YA normal boundaries and making the readers starve to death as they read about all the delicious foods they are missing out on.

Things I did not like: could of been more action, a little more physical descriptions of the characters and some of the places around them

Thing I loved: all the characters, flip art, storyline, the japanese glossary, cover and the japanese mythology. 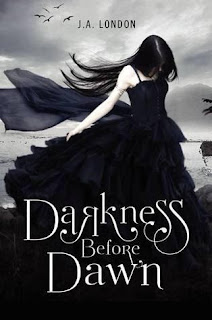 
We built the wall to keep them out, to keep us safe. But it also makes us prisoners, trapped in what's left of our ravaged city, fearing nightfall. After the death of my parents, it's up to me—as the newest delegate for humanity—to bargain with our vampire overlord. I thought I was ready. I thought I knew everything there was to know about the monsters. Then again, nothing could have prepared me for Lord Valentine . . . or his son. Maybe not all vampires are killers. Maybe it's safe to let one in. Only one thing is certain: Even the wall is not enough. A war is coming and we cannot hide forever.

Darkness Before Dawn is a dystopian-paranormal-romance book that takes place in Denver. The book starts off with Dawn, the protagonist, going off to party with her best friend Tegan. The readers quickly learn that Dawn isn't your-every-day average teenager but instead a delegate for Denver.  Essentially it is Dawns duty to be an ambassador and communicator between the humans and vampire relations. This is a job that has Dawn both liked and hated. It offer to her by Murdoch Valentine, an ancient noble vampire, after her parents have passed. Dawn, at the start of the novel, has the perfect boyfriend : Michael and is later introduced, and falls in love, with a vampire = creating a love triangle.

Those who are keen for the paranormal romance genre will be intrigue by this book. The writing, a mother-and son duo, flows pleasantly with the quick paste of the novel. This novel does have a moment of dullness. I did not find myself slumping through it or having to takes long breaks from it.

Dawn is quite mature for a YA genre but it makes sense with her background. I know some people complain about her mature-ness but I actually quite like it. Dawn is a character who--throughout the entire novel--I did not find myself hating. She cares deeply for those in her inner circle and worries a lot about others.

However, I have mixed emotions about Michael. Michael and Dawn do work well as a couple but some of the things he did pissed me off and made me pity Dawn. However, there were times when I thought they were paired adorable together. However, I am rooting for Dawn X Tegan not Michael X Tegan.

The character called Sin was awesome...and I wished there were more scenes with him in it.

Problems I had with this book are : a) I found the antagonists scenes were few and there  should have been more. b) Things would happen...the chapter would end...and then the readers are left wondering how the protagonist got from point a to point b.

Things I enjoyed about this book: a) fast paste b) written smoothly and flowed easily throughout the entire novel c) Sin d) Victor e) idea of dystopian world that has vampire in it d) character development between Victor and Dawn.

I also really liked Faith and Richard. I hope there is more of them in the next book.

The reason I gave it 4 out of 5 is that while it is a really good book it does not stand out much from other paranormal romance novels. The dystopian setting is a little bit different. I was actually quite hesitant before picking this up because with dystopians I am either for it or against it. Luckily with this novel it was  perfect blend.

"Faith rolled her eyes....'I understand...there's going to be a party. Based on the unflattering clothes you were wearing last night...well, I picked a couple of things out of my closet as a thank-you....'She likes you,' Victor says. I stare at him, dumbfounded. 'You're kidding. That's her liking someone?'" (pg. 301)